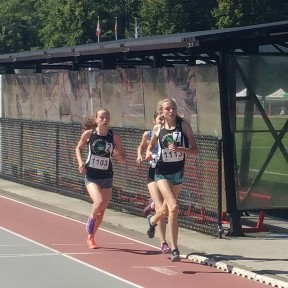 Congratulations to 4 of Royal City Track & Field Club’s athletes who have just been named to TEAM BC for Legion Youth Nationals!

Based on provincial rankings amongst stiff competition and challenging qualifications, RCTFC’s Jenevieve Patry-Smith, Jarrett Chong, Katie Stewart-Barnett and Isabella Brunoro have been selected to represent British Columbia at the National Competition for athletes aged 16-17!

Named to the Youth Team:

Named to the Midget Team:

TEAM BC will be travelling to Brandon, Manitoba  August 10-12 to compete against top athletes representing their respective provinces!

TEAM BC Announcement with more details on link below:

The club will also be cheering on Emma Dolman (400mH), Jeremy Belcher (triple jump) Lauryn Savela (javelin), Ryan Goudron (steeple and 800m) and Ella Foster (pole vault) who will also be travelling to Brandon, Manitoba to compete at the National meet!