Congratulations to the five Royal City Track and Field Club athletes in the 14/15 year old age category who were selected following the Summer Games trials to compete at the 2014 BC Summer Games in Nanaimo July 17-20. 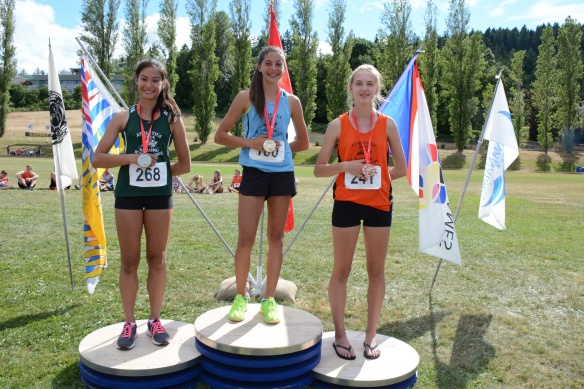 Highlights of these performances include Devin Strome’s 1.55m accomplished in high jump for the pentathlon, meeting the BC Athletics Award Standard and Lauren Vanee’s performance in 200m hurdles which qualifies her to compete at Legion Championships..

The athletes were thankful to have Royal City Track and Field Club Hurdles Coach Francis Hanson-Monnie volunteer her time at the BC Summer Games as one of the Coach/Chaperones for their zone.

Zone 4 Summer Games Track Athletes arrived at drop-off site at 3am prior to travelling to Nanaimo to compete at the Summer Games July 17-20. RCTFC Athletes for the zone: (l-r)Tomas Ward, Devin Strome, Grace Fetherstonhaugh, Jessica Klein and Lauren Vanee.