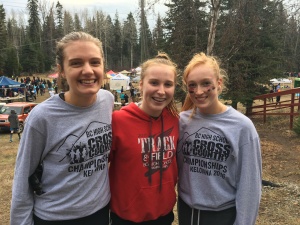 Following her strong showing throughout the 2016 cross country season, Royal City Track and Field Club athlete, Grace Fetherstonhaugh, was named to the BC Cross Country Team. She will be part of the six member team of youth aged girls representing BC at the Canadian Cross Country Championships held in Kingston, Ontario on November 26th.